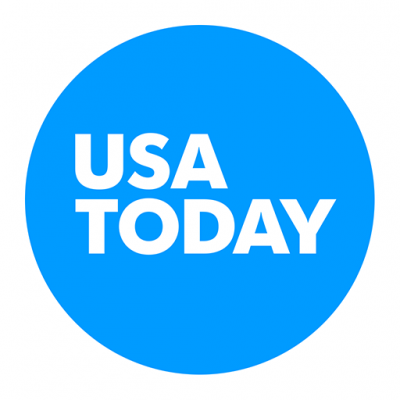 The flight crew prepares to take a gathering of guests on a “Pan Am Experience” flight. Air Hollywood, a movie studio with mock-ups of jetliners, turns a restored 747 mock-up into a flight on Pam Am from its golden age, complete with airline food. It is served by stewardesses in period uniforms, and includes a fashion show and in-flight movie.

LOS ANGELES — In a most unlikely place, an industrial enclave of warehouses protected by razor wire, the golden age of what was once America’s pre-eminent airline lives again.

For an evening, about two dozen “passengers” will experience the look and feel of Pan American World Airways in its heyday.

They board as first- or business-class fliers in a Pan Am Boeing 747. Only this isn’t a real plane. It’s a mock-up of the 747’s interior painstakingly reconstructed from an aircraft salvaged from a desert boneyard, every detail fastidiously recreated to be exactly as it appeared in the early 1970s.

On their flight to nowhere, the well-dressed crowd will be wined and dined by stewardesses — the term “flight attendant” wasn’t in wide use yet — decked out in period Galaxy Gold and Superjet Blue. There’s a fashion show of other outfits from the wardrobe, a trivia contest based on Pan Am lore and a five-course meal served on Pan Am china and glassware. (Yes, it’s actual airline food trucked in from an airport caterer.) In Clipper business class, a documentary on the history of the airline plays on the screen in front of the cabin.

It’s all part of what is called the Pan Am Experience, a outing staged about once a month that mixes faux airline travel with dinner theater. The nostalgic flight is aimed at those who yearn for the Mad Men era, including aviation enthusiasts, mid-century style mavens and past and present airline employees. Then there are those who are just enchanted by Pan Am as depicted movies like Catch Me If You Can starring Leonardo DiCaprio or the short-lived Pan Am TV drama a few years ago.

To attract them, creating the experience was all about the details.

“We worked really hard to get the inside correct,” says Talaat Captan, CEO of Air Hollywood, a film studio that runs the Pan Am Experience as a side business to its core mission: providing the film industry with a site where they can find accurate aircraft interior mock-ups. With the 747, the goal was to “capture a look and feel just like Pan Am in the day.”

At the Pan Am Experience, diners board a mockup of a 747 painstakingly reconstructed from an aircraft salvaged from a desert boneyard, every detail fastidiously recreated to be exactly as it appeared in the early 1970s. Dan MacMedan, USA TODAY

The experience begins when guests walk to the check-in counter, where a gate agent taps the keys of a period-correct computer terminal and issues an authentic-looking Pan Am boarding pass. Then they mill about in a waiting area that’s actually more of a Pan Am mini-museum, the walls bedecked with Pan Am travel posters.

Off to the side is the facade of a plane with its name painted on the nose, the Clipper Juan Trippe, so named for Pan Am’s visionary founder.

As if on cue, it’s announced that the flight crew has arrived, and a bevy of stewardesses in their uniforms and travel cases gather outside and ceremoniously parade to the plane. Then the passengers board, taking seats either downstairs or up the winding staircase to the first-class lounge.

The pre-flight announcement follows the familiar pattern, with a few exceptions. “In event of loss of cabin pressure, the masks will probably not drop,” a flight attendant says to laughter. And since the lavatories in the plane don’t actually work, anyone needing use a rest room has to step off a plane that is supposedly in flight.

Still, it’s a pretty real experience. The elaborate meal service includes cocktails, Pan Am almonds in little silver packages and stewardesses who carve the Chateaubriand steak or fork over a chicken breast, along with vegetable and roast potatoes, from a cart. It’s served on real Pan Am china.

The youthful stewardesses, recruited from the ranks of local actors via a Hollywood casting call, played their roles for all they were worth.

At $295 for a single ticket in first class, the Pan Am Experience costs as much as a real flight. But those who came aboard say it was worth it to step back in time.

They are people like Veronica Veglia, happily ensconced in first class with her husband Pablo. “It’s a very unique experience. You travel back in time.” And they both said they were impressed with the attention to details. “It has a lot of authenticity,” she added.

Roberta Callaghan, upstairs in the first-class lounge, agreed. A flight attendant on another airline for 38 years, she lauded the experience as “fabulous,” and said that it “took me back to the old days” when passengers actually dressed up to fly.

When the flight “arrives” and passengers disembark, Captan gives them a quick tour of Air Hollywood. Spread out over several sound stages in Los Angeles’ San Fernando Valley, they include myriad aircraft interiors that were seen in TV shows and movies, from Airplane! in 1980 to Bridesmaids in 2013.

Captan says the Pan Am Experience resulted from his having heard about a Los Angeles-based airline executive who had amassed a massive collection of Pan Am paraphernalia. Whether it was uniforms, crystal, menus, boarding cards, tickets or you-name-it, Anthony Toth pretty much kept it to himself in a warehouse on the other side of Los Angeles. His crowning acquisition was the salvaged 747 interior.

Now Toth serves both as the pilot and the host for the experience.

Toth says Pan Am became an obsession that started at the age of 5 when his parents took him aboard a Pan Am 747 flight to see his grandparents. “It changed my whole life,” he says. By his early teenage years, Toth had his first pair of Pan Am seats. He just went from there, collecting as much as he could, including full sets of uniforms. Now, he shares it.

“I can’t believe I have people coming to this 747 paying to enjoy this experience,” Toth says enthusiastically.

After being gone for more than two decades, there’s not many traces of the old Pan Am left for those want to learn more about the airline.

Perhaps the most prominent remnant is its famous, prominent headquarters in the heart of Manhattan. The 57-story skyscraper on Park Avenue, right next to Grand Central Station, was considered an eyesore by some architectural critics when it opened in 1963, the New York Times reports. Today, it’s an important part of the city’s skyline as the MetLife building.

Pan Am’s once-famous terminal at Kennedy airport in New York was torn down.

There are a few museums with displays dedicated to Pan Am. For instance, the Flight Path Learning Center, adjoining Los Angeles International Airport, has uniforms and other memorabilia. The most  accessible museum is one that’s online, the Virtual Pan Am Museum at everythingpanam.com.

Pan Am’s extensive fleet that included a wide range of Boeing jets is gone. But the Pan Am logo and name have been picked up by other carriers over the years.