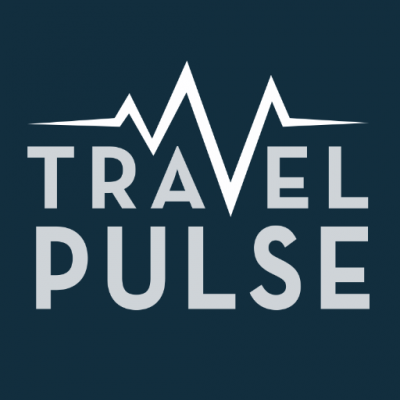 Do you want to visit a Los Angeles where Pan American still exists? In the new film “Blade Runner 2049,” the defunct airline’s logo still brightly adorns a metropolitan high-rise at night.

Alas, this is science fiction, not reality. Even in the movie, no airplanes are to be seen coursing the skies besides flying cars, so perhaps it too is only a reference to the actual Pan Am Experience restaurant available in L.A.

Nonetheless, Harrison Ford and Ryan Gosling’s latest is an intriguing cinematic ride through a future California and Nevada that does not yet and hopefully never will exist.

Like the first film, the City of Angels is the main setting in a film noir haze of near-perpetual evening. Only jaunts to San Diego and Las Vegas break it up.

For the original “Blade Runner,” director Ridley Scott primarily rendered Los Angeles in model form as well as via the backlot and soundstages of Warner Bros. Studio in actual Burbank, California. In a far different change of pace, the facilities for “Blade Runner 2049” were Origo Studios in Budapest, Hungary and Korda Studios in Etyek, Hungary, according to IMDB. Spain and Iceland infilled as additional filming locations for aerial shots.

It just so happens that one of my first tastes of the sequel from director Denis Villeneuve was in Europe. Touring France on the way to Luxembourg with Avalon Waterways, we boarded our high-speed TGV train at Gare de Paris-Est. There the station was draped in banners for the movie like a scene out of Comic-Con International.

As an annual attendee of the pop culture convention, I felt right at home and definitely saw the film when I returned to San Diego.

Having now watched it over the opening weekend, I can say I love the contemporary sequel to the classic film I’m also a fan of. It is a wonderful extension of the original narrative that perfectly answers some old questions, complicates others and asks several new ones.

Being knowledgeable of such previous films by the time Gosling’s K character finds Ford’s Rick Deckard, you can’t help but be reminded of the dire consequences of seeking truth in an abandoned hotel-casino along the once infamous strip. In reality, the Budapest Stock Exchange Palace at Liberty Square doubled as Deckard’s desert home, according to the website Atlas of Wonders.

As it turns out, abandoned locations are quite common in the film.

Both Los Angeles’ pyramidal Tyrell Corporation building from the first film as well as Vegas’ Luxor Hotel & Casino appropriately stand as silent sentinels in each of their cities. Suffice it to say, the cinematography is glorious shot after shot, especially as viewed in the IMAX format theatrically.

Of course, as a native resident of San Diego and a cruise travel buff, I found it particularly interesting to see America’s Finest City make an appearance as merely a landfill looking very much like the ship-breakers. Towering blocks of dissected vessels lay rotting amid heaps of scrap pipes and other industrial paraphernalia akin to the beaches of Alang, India.

In reality, my friend and colleague Peter Knego scours such an actual scene for historical ocean liner artifacts, but on film, it was probably just a bit of practical set building augmented by scale models and tons of CGI.

That’s movie magic for you!