THE JET SET FAMILY — Playing Tourist, The Pan Am Experience 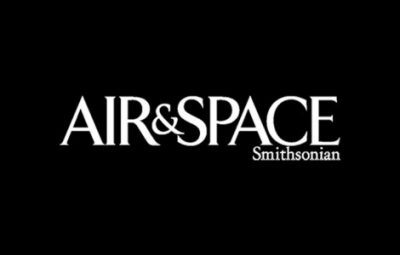 The Pan Am Experience aims to recreate a bygone era when airline food was good.

For her birthday in October, May Gin Ng and husband Roger Lee flew from San Francisco to Los Angeles to dine on airline food inside a stationary Boeing 747. “It was the best birthday present I have received in many years,” she gushes.

It also sounds like the kind of deal Tom Sawyer offered his friends to get them to whitewash his fence, but it’s called The Pan Am Experience, cooked up by Pan Am collector Anthony Toth.

“As a young child I flew on a Pan Am 747 and I instantly became obsessed,” says Toth, an airline executive. “Anything you can name, I have.” His collection, which includes uniforms, carts, dishes, linen, glasses, silverware, signs, seats, posters, galley equipment, headsets, pillows, and any other piece imaginable, numbers between 3,000 and 4,000 items. The largest by far is the interior of a Boeing 747-200; built of structures taken from desert boneyards where Toth is, he says, “a frequent shopper”; reassembled at a rented warehouse; and personally outfitted to mid-1970s Pan Am splendor.

Thousands share Toth’s Pan Am obsession. “Pan Am was the airline. It set the standard for service,” says Rob Shalhoub, Chief Revenue Officer of Air Hollywood (when an airliner interior shows up in a movie or TV episode, dollars to doughnuts it was shot at Air Hollywood). “It was at another level. Everything about it was so well-orchestrated.”

“Between any city pairs there were probably two choices,” explains Toth. In the pre-deregulation era, “they couldn’t set prices [a ticket from LA to New York cost $2,450 in today’s dollars], so they were attracting passengers by how great the experience was.” The experience was memorable for the employees too.

“You got star treatment when you worked for Pan Am,” says Ng, who was a Pan Am flight attendant from 1972 to 1986. “It was like a paid vacation. We got to stay in the best hotels.” But in the late 1970s deregulation opened routes to more airlines, and competition forced Pan Am to slice fares to the bone. Hemorrhaging cash, in 1986 Pan Am sold its Pacific division to United for $750 million. “Pan Am had too many flight attendants, so I had to join United,” says Ng. “It was hard for me to leave.”

Deregulation worked: Between 1978 and 2009 the number of passengers in the U.S. rose from 275 million to 741 million, and a cross-country ticket dropped to around $300. Airlines crammed more passengers in narrower seats with less legroom (see “The Recline of Civilization,” p. 58). Pan Am went out of business in 1991, and by then, passengers reported walls and doors patched with duct tape.

Eager to remember Pan Am’s heyday, friends and fellow airline enthusiasts begged Toth to open the fuselage for parties. A year and a half ago he and Air Hollywood, whose sound stage holds two Boeing 737s and one 767, reached a deal to set up the 747 inside the soundstage and charge for the experience.

On the inaugural flight, passengers enjoyed piped-in jet noise and Goldfinger, starring Sean Connery as James Bond, while Toth wandered through the cabin in his genuine Pan Am pilot’s attire and stewardesses wearing original Super Jet Blue and Galaxy Gold uniforms served a reproduction of Pan Am’s four-course menu on Pan Am linen, dishes, and silverware. “It was like ‘Whoa, this is awesome,’ ” says commercial insurance broker Jane Anthony. “The air blowing, the sound, you would swear you were flying. We were spending $300 on an airline meal, but it was more than that—it was being in the environment surrounded by the Pan Am stuff.”

“There was enough accuracy that it brought back a lot of great memories,” Ng says. “But we got our drinks in the glasses with the Pan Am logo, which is newer glassware. When I was hired the glassware had an eagle design instead of the Pan Am globe, and we were trained not to ‘drown the eagle.’ Forty-two years later I still remember ‘Don’t drown the eagle.’ ”

There were a few other inauthenticities: no safety briefing, no fresh flowers on the tables, and no luggage stored in the overhead compartments, because no one brought luggage. “The only other thing that was not authentic, which I was grateful for, was no smoking,” Anthony adds.

As in the golden days, passengers dressed for the occasion. “Then that was the standard,” says Anthony. “Now when I have to travel in a suit for a morning appointment, it kills me. Back then they didn’t know any better.”

“I have been traveling for my job for more than 30 years,” she says. “It’s cramped, it’s delayed, it’s the little things. But I’d rather have the money to spend on vacation than on the airline ticket.” Still, Anthony wore a pencil skirt and carried a retro bag. She even teased her hair. Her friend and dinner companion Earle Keizer wore a suit.

“Then there was class,” say Keizer, who owns an IT company. “We worked our tail off to be sitting up there in first class. It’s like flying now is a commodity, and no longer a pleasure.” With the first four dates already sold out and more on the way, rumor has it that they may cram in more seats to accommodate more diners. “If they knocked the price down a hundred they could get a lot more people,” says Keizer. “That’s for the back, not for first class.”