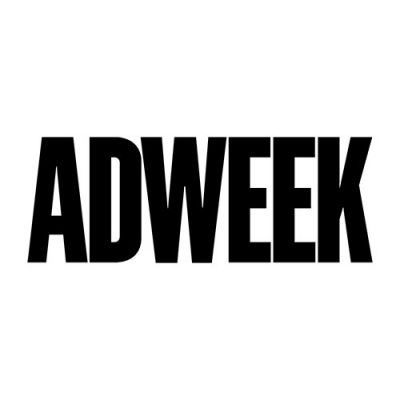 For the past three years, adventurous gourmands, wealthy eccentrics and Hollywood A-listers have clamored for seats in what just might be L.A.’s most exclusive restaurant. Bestia? The Edmon? Providence? Nah—those power scenes are merely for the rich and famous. The truly adventurous have been competing for a reservation at the Pan Am Experience.

From the outside, it certainly doesn’t look very exclusive. The restaurant is located in a beige brick warehouse behind razor wire in the industrial wastelands of the city’s Pacoima neighborhood. Yet once a week, a fortunate few assemble there to travel back in time. The complex at 13240 Weidner St. is home to Air Hollywood (more on that in a minute), and inside its warehouse sits a fully reconstructed forward section of a Pan American 747 wide-body jet.

The first-class interior section (roughly Row 9 and forward) functions most days as a movie backdrop. But on Saturdays, Air Hollywood’s management turns into a restaurant that recreates the experience of flying Pan Am 50 years ago—the six-course meals, the caviar and vodka, the statuesque flight attendants in short skirts, everything.

“I want to open in Las Vegas,” Captan says. “Vegas is the ultimate place for us.”

What Captan had found was the creation of Anthony Toth, a serious aviation enthusiast who’d been scavenging and collecting bits and pieces of the old Pan American World Airways—not just ephemera like tickets and silverware and uniforms, but pieces of actual planes—for most of his life. “I have a passion for aviation in general,” Toth says, “[and] I’ve been a frequent shopper in the desert since I was a teenager in the mid 1980s.”

oth is referring to the notoriously guarded aviation boneyards scattered throughout Arizona and Southern California, where carriers send their decommissioned jets to be “parted out” and eventually scrapped. Toth began seriously indulging his obsession in his 20s, when he put some old Pan Am seats and interior panels together against the wall of his Chicago apartment and was highly pleased with the result.

From that point, he began working on his dream of eventually putting together an entire first-class 747 interior—preferably from Pan Am, which Toth (and many others) regard as the grande dame of international carriers. After moving to California, Toth found a good deal in warehouse space in Industry City and realized his vision.

“It was the first time I could put together a 747 like a puzzle,” he says. “I hired a guy to help me build a frame and an upper deck and put the staircase in. I had this massive space to do what I wanted to do. It was just a giant funhouse for me.”

It was a funhouse that existed wholly at Toth’s personal expense—at least until 2011, when the producer of the ABC show Pan Am got wind of Toth’s funhouse, paid a visit and freaked out (in a good way). After that, Toth said, “I rented them a significant amount of things for the shoot.”

It was the ABC connection that eventually had Captan knocking on the door, and he freaked out in a good way, too. “He came over to my warehouse and said, ‘I don’t understand—who is this for?’” Toth recalls. It was then that Captan invited Toth to move his 747 interior to his own facility. Since 1998, Air Hollywood has been the go-to place for productions that need aviation-related sets and props, from TV shows (Lost, CSI) to movies (Supergirl, The Wolf of Wall Street), and even commercials for the airlines themselves, which can’t spare their revenue-service planes just for shooting a spot. After set professionals reassembled Toth’s 747, Captan rented it out to studios and, eventually, convinced Toth they should open it as a restaurant venture.

“I convinced him to come to Air Hollywood and build [his] 747 from the bottom up and make it really nice,” Captan says. “And I contacted Pan Am to see if we [could] get a license to create the Pan Am Experience,” which after some hesitation, Pan Am Brands granted Captan his license.

It speaks to the power of branding that Pan American World Airways, which hasn’t flown a plane in 26 years, is still among the most recognizable names in aviation—in commerce, period. Unable to compete in the post-deregulation era and encumbered by the 1988 terrorist bombing of Flight 103 over Lockerbie, Scotland, Pan Am collapsed in December 1991. But while the airline is no longer, the brand—along with its famous logo—endured. The fabled carrier flies on in books, in the aforementioned TV series and in a cargo holds worth of licensed merchandise including, appropriately enough, flight bags.

The enduring mystique of the Pan Am brand name offers clues for the Pan Am Experience’s appeal (even at $300 a head). Pan Am symbolizes the romance and glamour of long-distance air travel in the era before industry deregulation turned airlines into the overbooked, no-extras, cramped-cabin hell they are today.

To step into Captan and Toth’s restaurant, then, isn’t just a novelty night. “We bring you back in time,” Captan says, to the days before endless lines and rude TSA agents—to an era when boarding a flight was as cool as stepping into the Copa Room at the Sands. For those old enough to remember, the emotional pull of these memories can be extremely strong. “I’ve seen people crying [when they step aboard],” Captan says, “because they remember being on this plane.”

To be sure, today’s fliers will cry when they see the sort of onboard pampering that passengers in the 1970s used to get—and which the Pan Am Experience recreates in detail.

After passing through the first-class lounge check-in, guests stepping into the plane have a cocktail thrust into their hands, then settle down in a genuine Pan Am “Sleeperette” seat (enormous, by today’s standards.) The plane interior isn’t an ersatz backdrop—it’s all genuine 747 equipment, right down to the iconic spiral staircase that leads to the upper-deck lounge. The magazines are all from the 1970s, as are the duty-free colognes for sale. Even the flight attendants wear real uniforms, as they perform a fashion show of the various uniforms from each decade, in fact.

With the sounds of Sinatra swinging through the PA system, guests tuck into a five-course meal. Air Hollywood serves from the authentic Pan Am menu (think: chateaubriand), the same way (carved on the aisle trolley), and even uses genuine napkins, silver and glassware. “I know every single glass that’s supposed to be used, and the way the cart is set up,” Toth says. “I wanted it to be true to form. We put a lot of effort into making it that.”

Too far-flung an idea even for Vegas?

The question is: Will all that effort be enough for an eccentric restaurant concept like this to play in Las Vegas? Captan and Toth envision one of two scenarios: Either building another 747 interior similar to the one they have now inside an existing structure—say, a casino hotel—or, better still, actually bringing an entire 747 to a parking spot near the strip and using the plane as the restaurant.

A pipe dream? They’ve actually purchased the airplane already. “It’s [been] sitting out in the desert for 25 years with the door closed,” Captan says. “It’s like a time capsule. And it’s waiting to be taken apart.”

But will customers be waiting to get in? Veteran restaurant consultant Aaron Allen isn’t so sure. “They might be able to get away with it,” Allen says, noting that the $300 ticket makes the cost too high for all but special-occasion diners. “It’s not a great recipe for sustainability,” he says.

Allen’s institutional memory is long, and he recalls the days that over-the-top themed restaurants like Rainforest Café and Stephen Spielberg’s submarine-themed Dive! were the hottest tables in town but are now just memories. What’s more, he adds, with airline travel being what it is, would anyone really want to pay top dollar to have dinner in a fuselage? “Airline travel has become really terrible,” Allen says. “I can’t see a road warrior wanting to go.”

Perhaps not, but Jonathan Cohen, vp and general manager of L.A.-based brand agency Innovation Protocol, says it’s important to see what Captan’s concept is and is not selling.

“The draw is eating in a time machine, and that’s the experience they’re providing,” Cohen says. “This is about recognizing a storied brand that stands for something, and that it doesn’t exist anymore is part of the appeal. This is about romance and it’s about yearning for air travel at a time when it was special and the people who flew were special.”

Can the Pan Am Experience work in other cities? “Clearly, yes,” Cohen says with the obvious caveat: “The demographic has to support the experience.”

Toth is aware of this limitation. A restaurant like this “won’t work in Kansas City or Cleveland,” but if you see a 747 on the Vegas strip and find out that it’s serving dinner, he says, there’s good chance you’ll check it out. The economics would also be different in Vegas and, if Captan has his way, in New York, where he sees a possible third location. The restaurants would be open every day and get a revenue boost from a gift shop plus an adjacent museum featuring more items from Toth’s enormous Pan Am collection.

Asked whether the Pan Am Experience in L.A. is profitable thus far, Captan puts it this way: “I’m not running to the bank.” But, he adds, “I can guarantee [a Las Vegas location] will do extremely well.”

Meanwhile, Toth, who is an airline executive by day, rents out his beloved 747 interior for movie shoots and relishes in the fact that it’s now a hot L.A. restaurant. And word of his hobby-turned-business has clearly gotten out. After years of cold calling airplane graveyards to beg to see their planes, the yards are calling him now.

“Anthony,” says Toth, imitating the callers who phone him, “I’m getting a 747 in here, and we think you’d really like it. We want you to be the first to see it.”